All KAY/O lineups in Valorant’s Haven

KAY/O, Valorant’s robotic initiator agent can make a match easy to win in Haven, by using some strong lineups.

The robotic terminator has a diverse ability kit, ranging from a suppression blade to a pair of flashes and a grenade. His motto is to neutralize the radiants in Valorant. The initiator can make the agents rely on gunplay and suppress their abilities. Hence, KAY/O is a great pick to play with, in Valorant’s Haven if the player has the right knowledge of lineups.

Haven has three plant sites, which sets it different from other maps in Valorant. Thus, KAY/O can make both attacking and defending easy with easy lineups.

The lineup will help players encounter enemies without taking a peek, in Valorant. However, to execute it, one needs to have proper knowledge about the map and have a good game sense.

KAY/O lineups for Haven’s A Site in Valorant

For the ZERO/point lineup at Haven’s A Site in Valorant, the player needs to get up on the sandbags at A Long, near the A Lobby door. Then the center of the monastery’s corner grid needs to be marked. Once done, the player has to bring the ZERO/point ability HUD’s bottom-centre on the mark.

When the blade is thrown, it will land up in the middle of the site and suppress the enemies coming under the radius. 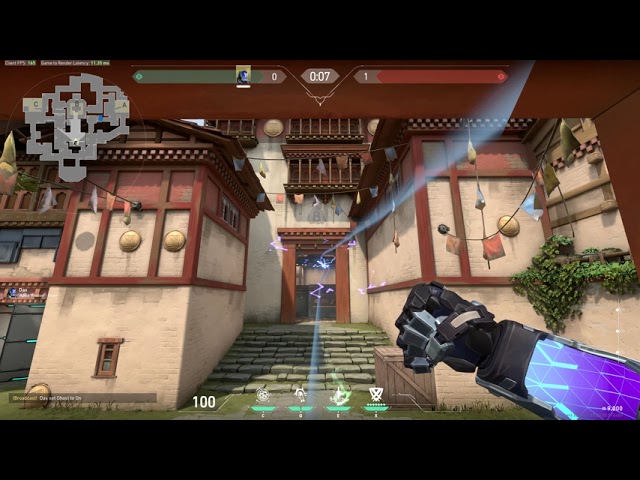 If the team plans to push through the A Short to enter the A Site in Haven, then this KAY/O lineup might be useful to resist enemies taking a peek at A Long from the Site.

The player needs to stand at the corner of the Garden. Then look up and aim a bit away from the roof of the A Lobby. The crosshair will be somewhere in the middle of the roof’s edge.

Then after throwing it, the grenade will hit the A Long’s wall and drop at the entrance to the A Site.

KAY/O lineups for Haven’s B Site in Valorant

Pushing to the B Site in Valorant’s Haven map can be risky without a strong lineup. Hence, the suppression blade can resist the enemies from using their abilities. This would make things easier for a team to win a fight.

However, to do that, the player has to stand somewhere in between at Mid Window and place the crosshair at the backline of the wall. This will suppress everyone inside the B Site.

Making the grenade land up at B Site on the main entrance door from the Mid can be easy without taking a peek. This is only possible with a strong KAY/O lineup.

The player needs to aim at the red line on the building’s wall, then bring the crosshair vertically up on the window frame, at Mid Window.

Then to throw the grenade, they need to walk a bit and then throw it to hit and bounce off the wall. It will drop at the gate and explode. 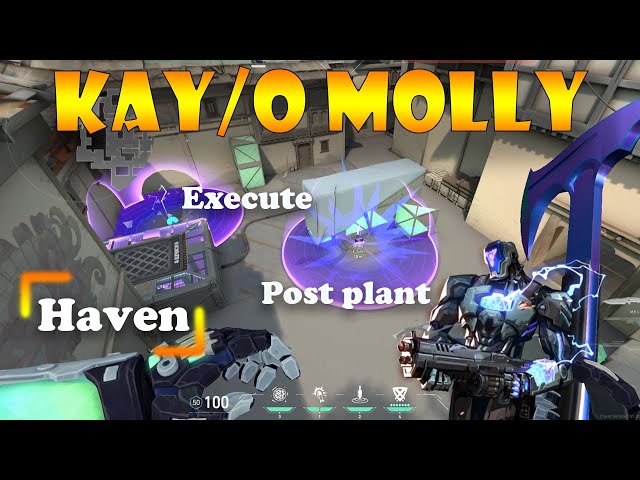 Attackers often push through C Long, at the Haven’s C Site, but it’s a narrow way that leads to the site. Hence, the ZERO/point lineup can make it easy for a team to push inside the site, by suppressing the opponents.

For this, one needs to get to the corner, at C Long, near the entrance to C Lobby. Then aim up at the bottom leaves, and throw them away. It will reach the C Site and suppress the enemies.

The player needs to strike to the same position as the previous KAY/O’s ZERO/point lineup. However, shifting a bit away is needed. The player must aim at the leaves present on the roof, near the intersecting point.

The grenade will be dropped at the C Link entrance, at the Haven’s C Site. This will resist the enemies from entering from the C link.

China Must Cooperate Better With Covid Origin Probe: WHO

How to watch Arsenal vs Chelsea

China Must Cooperate Better With Covid Origin Probe: WHO

Cayley Mandadi’s mysterious death: “Did she fall out of an airplane? Was she thrown off a bridge?”