How many fights has Canelo Alvarez lost?

Throughout his decorated 16-year-long boxing career, Canelo Alvarez has lost just one fight – against none other than Floyd Mayweather.

The two kingpins of the boxing world met inside the ring in September 2013 at the MGM Grand Arena. Both fighters were undefeated at the time.

Although Mayweather had already defeated the likes of Zab Judah, Oscar De La Hoya, Ricky Hatton, and Miguel Cotto, his fight against Alvarez was expected to be his toughest one yet.

However, ‘Money’ put on the performance of a lifetime and totally outclassed his Mexican opponent. He displayed crisp striking and top-notch defensive mindset to hurt Alvarez with stinging counter punches.

Alvarez was able to go the distance with Mayweather, but found himself on the wrong side of a majority decision. Two judges scored the fight 116-112 and 117-111 in Mayweather’s favor, while CJ Ross’ controversial score was 114-114, which was criticized by the majority of the fans. Facing major backlash, Ross later decided to retire.

According to CompuBox stats, the 50-0 boxer connected 232 of his 505 punches on Alvarez. Meanwhile, the Mexican could only land 117 of his 526 punches.

Years later, Canelo Alvarez said he would have knocked out Mayweather if he had fought the American in his prime. Mayweather, however, begged to differ.

“It’s crazy that he said that because when Canelo fought me, he was in his prime and when I fought (him), I was an old man,” Mayweather told Fight Hype. 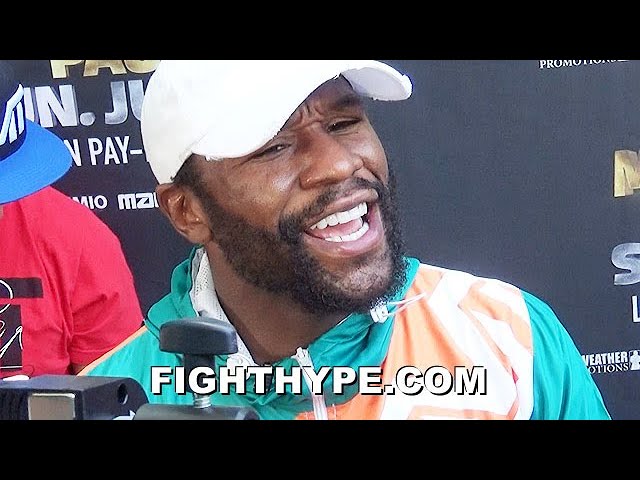 After finishing Billy Joe Saunders in his last fight, Alvarez said he wants his next bout to be opposite Plant. Should he win the potential fight, the 30-year-old will become the first-ever undisputed super middleweight champion.

While there has been no official confirmation of the date of the highly-anticipated bout, promoter Eddie Hearn has said Canelo Alvarez is willing to challenge Plant later this year in September.

Govt will try to use Parliament as notice board: Tharoor

Japan U23 vs New Zealand U23 prediction, preview, team news and more

Olympic Track and Field Starts in Tokyo: What to Watch and Athletes Competing

Why XRP Holders Could Be Key In Lawsuit Against Ripple Labs

“In many ways it’s been disastrous”: COVID pandemic provides perfect storm for Americans with eating disorders

“The Bachelor” Matt James speaks out about controversy surrounding his season: “Devastating and heartbreaking”