While praising comedian Heather McDonald, a graduate of the University of Southern California, as “smart,” the former Real Housewives of Orange County cast member slammed Lala as an “idiot,” prompting the Vanderpump Rules star to fire back.

“I get [Heather McDonald]’s smart went to USC .. why [Lala Kent] she’s an idiot beyond the pale ..,” Kelly wrote in a comment shared by Bravo and Cocktails on Instagram.

Although it’s unclear what provoked Kelly’s diss, Lala clapped back at the RHOC alum, who was fired from the show in June, by mentioning the past controversy she faced after wearing a “Drunk Wives Matter” hat during her October 2020 bridal shower.

“Coming from a woman who wore a hat saying ‘Drunk Wives Matter,’ it is the biggest compliment that you think I’m an idiot. Thank you so much, babe,” Lala told Kelly. 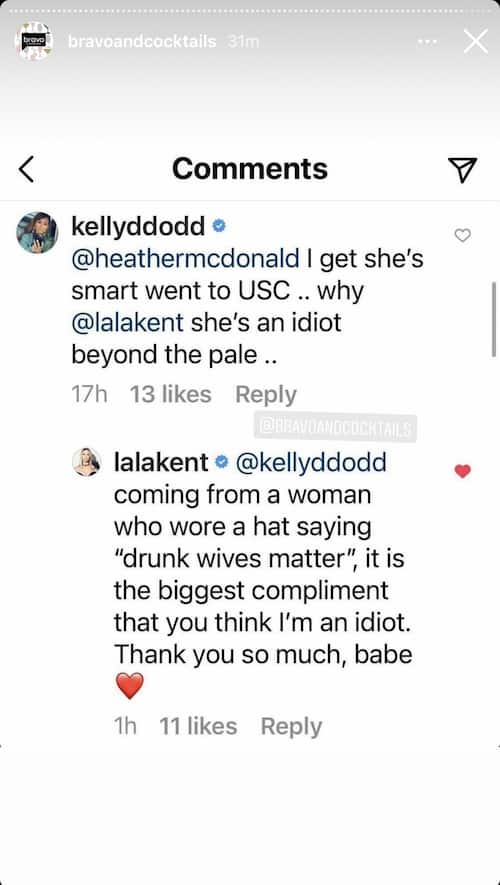 As RHOC fans will recall, Kelly faced tons of backlash at the end of last year for wearing the offensive hat in the midst of the Black Lives Matter movement.

Months later, while appearing on Watch What Happens Live, Kelly was confronted about her behavior by host Andy Cohen.

“The ‘Drunk Wives Matter’ hat was given to me. My girlfriend gave it to me. She’s had it for a couple of years. That hat was two years old. She thought it was a play on words,” she explained. “I didn’t buy the hat. I didn’t go out and sport the hat. I believe in equality [and] I believe in Black Lives Matter.”

She also addressed the controversy at the RHOC season 15 reunion by insisting she did not wear the hat to mock the calls for racial equality.

The Real Housewives of Orange County season 16 went into production earlier this month, and the ninth season of Vanderpump Rules has been filming since May.

All eyes are on India’s brightest Zomato – Fundingnewsasia

Britney Spears Reveals Who She Wants To Replace Jamie Spears As Conservator – And Details Her Current ‘Traumatizing, Insane And Depressing’ Situation With Her Father!

Matt Gaetz is denied a meeting with Donald Trump

Lisa Rinna FINALLY Comments On Daughter Amelia Hamlin’s Relationship With Scott Disick – But Does She Approve?